This week on Weird and Wacky Wednesdays we look at a case where the British police jumped to a conclusion far too quickly in a so-called major drug bust. Then, we look at an argument over roofing supplies that ended in a six-year-long litigation. Finally, we consider the important area of food law and whether it is wise to sue when a chicken sandwich is sold out.

Follow the jump and read more of this week’s weirdest and wackiest legal stories. 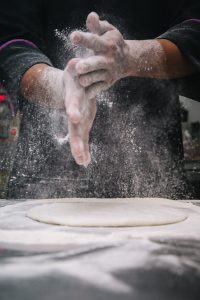 London’s transit police have egg on their faces after an embarrassing drug-bust mixup. After claiming to have intercepted a huge quantity of white powdered drugs, the London police bragged about their big bust. Well, turns out the bust was nothing to brag about.

All the police intercepted was a bunch of vegan cake mix.

Thankfully, the police had a sense of humour about the whole thing and the people who were bringing the baking mix into the country did not have to spend any time in jail.

A High Ceiling for Pain 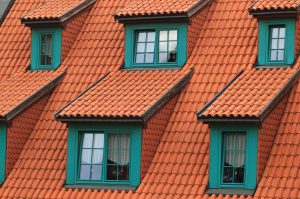 Some of the cases that make their way to court each year are absolutely absurd. And that leaves many wondering whether the cases were valuable uses of court time. This case is no different.

In Edmonton, two neighbours got into such a heated debate that they ended up facing off

against one another in court. It wasn’t over where a property line was, or noise from one neighbour, or even cutting down a tree. Nope. It was a disagreement over what type of shingles could be used on the roof.

Apparently there is a covenant in place that dictates that only wood shingles may be used. The homeowners wanted to use rubber shingles to avoid any fire risk. And thus began a six-year (yes, you read that right) journey through the court. In the end, the Court found the covenant binding and the homeowners were forced to get wooden shingles.

One must assume that the cost of the shingles was far less than the legal fees… but one thing is clear: this case was a ridiculous use of court time.

Speaking of both chickens and ridiculous uses of court time, there is now a lawsuit launched in the United States. The lawsuit is against Popeye’s Chicken over a fried chicken sandwich.

No, this isn’t a debate over who is entitled to the recipe, or whether the sandwich was stolen from another competitive chicken shack. This lawsuit is about the fact that the chicken sandwich is not readily available at many Popeye’s locations and one man wants justice.

Scroll to Top CALL ME NOW