Kyla Lee is a recognized leader in traffic ticket defence. Her knowledge of British Columbia’s Motor Vehicle Act puts her in the best position to defend you against a traffic ticket.

Lawyer Kyla Lee has built a strong reputation defending traffic tickets throughout British Columbia. Her persuasive arguments and thorough knowledge of the provisions of the Motor Vehicle Act allow her to notice defences where others may overlook them. Kyla has succeeded in countless violation ticket disputes, and protected the driving privileges of thousands of drivers as a result.

Kyla takes traffic tickets cases throughout British Columbia. She has successfully taken cases in most traffic courts in British Columbia, and is willing to go the distance necessary to defend your case.

Education and Advocacy in Traffic Law

In addition to being recognized as a force to be reckoned with in traffic court, lawyer Kyla Lee is a leader in traffic ticket education. Her blog is an up-to-date compendium of the latest information related to traffic ticket law in British Columbia, with a focus on how the government is attempting to remove the rights of drivers who are facing traffic tickets. She has been consulted by media frequently for her expertise in traffic-related matters.

Kyla Lee is an advocate for your rights in dealing with traffic tickets. She has been outspoken against point-to-point speed cameras, increasing the penalties for certain driving offences, red light speed cameras, and the government’s proposed traffic ticket tribunal, which would move traffic disputes out of court and into a tribunal system designed to encourage guilty pleas. Kyla Lee understands that the far-reaching consequences of a traffic ticket are important to British Columbians, and she is prepared to do what is necessary to prevent you from facing these consequences.

In addition to her well-regarded blog on traffic court and driving matters, Kyla is also the host of a new podcast entitled Driving Law, all about driving and traffic law.

Consequences of a Traffic Ticket 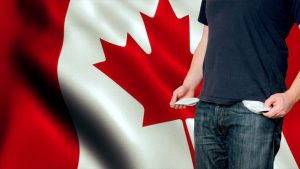 Many people go to traffic court and are talked into pleading guilty by the police, in exchange for a fine reduction. This happens even where there are mandatory minimums in place. Other lawyers may attempt to plead their client guilty and save them money. Kyla knows the mandatory minimum fines. She will not simply plead you guilty to try to save you money unless you specifically ask her to do that. Lawyer Kyla Lee’s approach covers all angles to achieve the best outcome possible in your case.

But there are not just financial consequences to traffic tickets. Traffic tickets also have driver penalty points, which can trigger further financial obligations or driving prohibitions. Kyla is familiar with the policy manual related to driving prohibitions and points, and understands the nuances of how a particular ticket will impact your ability to keep your license. She is also aware of certain sections of the Motor Vehicle Act and the Motor Vehicle Act Regulations that allow for resolution of serious traffic tickets, without points or a conviction on your driving record.

In traffic court, Kyla’s number one goal is to keep your driving record clean. 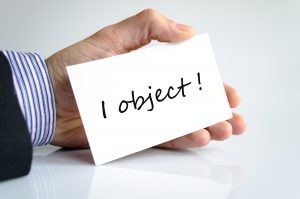 You have only thirty days from when a ticket was issued to you to dispute it. A dispute can be filed in writing by following the instructions on the back of the ticket, or by attending in person to an ICBC Driver Licensing Office. The 30 day period includes weekends and holidays. If you hire Kyla Lee to fight your traffic ticket, she will file the ticket in dispute to ensure that you do not miss your deadline.

Once your ticket is registered in dispute, a court date will be scheduled. The wait times for court dates vary based on the location where the ticket occurred and the schedule of the officer who issued the ticket to you. If you dispute your ticket yourself, a court date will be mailed to you. It is important that if you change your address you let the Violation Ticket Centre and not just ICBC know. If you have Kyla Lee dispute your traffic ticket, the Violation Ticket Centre will contact her directly to pick a date that is best suited to her schedule.

If you miss the deadline to dispute your ticket there are options. However, you must act quickly and you must complete very specific forms. Kyla Lee is experienced in filing for late disputes of traffic tickets. She has also successfully argued in BC Supreme Court to overturn decisions denying late disputes of tickets. Very few lawyers are willing to assist in these types of cases, and Kyla Lee has the necessary knowledge and skill to help you get your late dispute filed.

A ticket will not appear on your driving record while it is in dispute. You are not required to pay the fine and you are not at risk of any points or driving prohibition.

What Happens in Traffic Court

Traffic tickets are usually prosecuted by the officer who issued the ticket. This officer will attempt to speak with you outside the courtroom before court starts. Anything you say to the officer is evidence that can be used against you. That is why it is so important to have a lawyer represent you in traffic court, whose statements are not evidence and cannot be used in court.

If the matter proceeds to trial, the officer will take the witness stand and describe the events that led to you being issued the ticket. There are certain elements that an officer must prove in every type of traffic ticket case. Kyla Lee is familiar with these elements and knows when an officer has missed an important detail. She is able to identify a case that has not been successfully presented to the court.

After the officer testifies, cross examination is permitted. Kyla is a skilled cross-examiner, and many officers have been unable to withstand her questioning. Cross examination is an art and a skill, and Kyla has the courtroom and trial experience necessary to properly examine the officer.

In some cases, after the police witnesses testify, you may need to testify. If that is the case, Kyla will discuss in advance and prepare you for what is about to happen. Most cases, however, can be completed with Kyla appearing as your agent and without the need for you to come to court. Lawyer Kyla Lee knows that you have other obligations, and can help you avoid having to make time for a court date if it is not necessary.