Kyla Lee is a prominent criminal defence lawyer and impaired driving lawyer in Vancouver BC. She is highly-regarded in the realm of impaired driving thanks to her unparalleled string of successes in courts and tribunals. Kyla is renowned for her knowledge of the Immediate Roadside Prohibitions. She has appeared as counsel in all levels of Court in BC and as lead counsel at the Supreme Court of Canada. 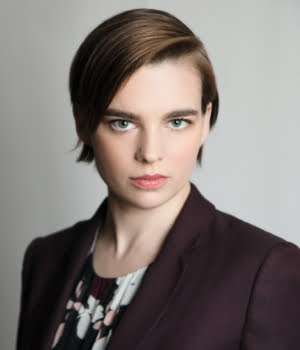 Kyla has extensive, in-depth knowledge of the techniques and devices police use to enforce impaired driving laws. She completed the manufacturer’s training program to supervise calibration of the Alco-Sensor FST Approved Screening Device.

Kyla graduated from the same DWI Standardized Field Sobriety Tests (SFST) training program as the police in accordance with the US National Highway Traffic Safety Association requirements. In addition, she has received extensive training in the Drug Recognition Evaluation (DRE) program.

Kyla has operated every model of Approved Breath Testing Instrument and Approved Screening Device currently used in Canada. She owns and operates the Approved Drug Screening devices used in Western Canada, and has identified flaws with those devices. She is constantly adding new devices to her ever-expanding personal collection.

Kyla has successfully defended thousands of clients, often employing new and creative defences to get the right result. In addition to her BC case load, Kyla has defended criminal charges in Alberta, Ontario, the Northwest Territory, and the Yukon. She is also a member of the Yukon bar.

If there is a defence in your case, you can count on Kyla to find it.

Kyla is esteemed for her thorough approach to the defence of her clients. In a 2018 survey of the most respected law firms in BC in the same area of practice, Acumen Law came out on top in all categories.

Journalists, reporters and experts turn to Kyla for Criminal Law expertise. She is a regular source for every major news outlet in British Columbia, appearing in news stories about driving law and criminal law issues. She has been a contributing columnist to the Huffington Post and Vancouver is Awesome. Her blog is read by lawyers, government officials and many police officers.

Her regular video series Cases that Should Have Gone to the Supreme Court of Canada But Didn’t! has thousands of viewers from across Canada.

Kyla Lee is recognized as having unsurpassed knowledge in impaired driving cases. She is connected to lawyers, expert witnesses, police, and politicians from across the country. Kyla’s connections allowed Acumen Law to be the first firm in Canada to obtain many of the breath testing devices and to date the only law firm to obtain the approved drug screening device. Kyla is the head of the Canadian Impaired Driving Lawyers Association, the Canadian Ambassador and a member of the Board of Governors of the DUI Defense Lawyer’s Association and long-time a member of the National College of DUI Defense.

Kyla’s podcast, Driving Law has attracted a stunning array of important guests including a former Solicitor General and former police chief, a founder of Sense BC, the leading toxicologist in the field of cannabis impairment, a key activist in the cannabis legalization movement, a number of the top DUI lawyers from the United States, and well-respected retired police officers.

Kyla has argued many of the cutting edge legal cases in British Columbia in the last decade related to impaired driving and driving prohibitions. Kyla does not back away from a challenge. She has succeeded in cases others said were unwinnable. Kyla has changed the law with her successful court decisions.

Kyla’s success in the legal field has led to her recognition through a variety of awards and accolades. In 2019, Kyla was named one of the Top 25 Most Influential Lawyers in Canada by Canadian Lawyer Magazine.

Kyla was given the highest honour bestowed by the DUIDLA, the BadAss Award.

Kyla was also recognized by the Universal Women’s Network as a Woman of Inspiration Indigenous Leader.

Kyla’s social media and video expertise have also been recognized twice with a coveted CLawbie Award, in 2018 and 2019.